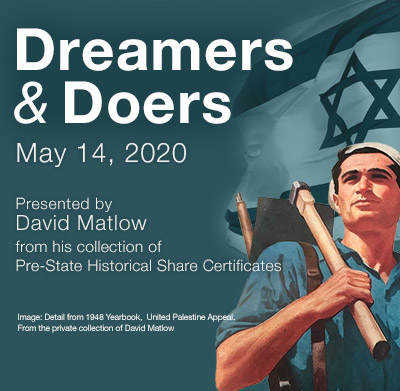 “The story is about a love affair of a people and a land, and of generations of supporters who invested in that land, built it, protected it and will continue to do so.”

On Thursday, May 14th, 2020, 72 years to the day since the Declaration of the Establishment of the State of Israel in 1948, Israel Bonds hosted a presentation of rare Pre-State Share Certificates from the private collection of David Matlow.

The successful event focused on how Israel Bonds are a current manifestation of a practice that has existed for hundreds of years: investment in the Jewish homeland. This historical reality was vividly brought home by Mr. Matlow, a Toronto collector, lawyer and Israel Bonds supporter in his webinar presentation called Dreamers and Doers, featuring historical certificates recording investments made in the land of Israel by supporters of the dream as far back as 1891. 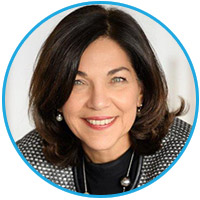 Raquel Benzacar Savatti, CEO of Canada-Israel Securities, Limited / Israel Bonds, noting the significance of the May 14 date, set the stage by reading from the Declaration of Independence:

"72 years ago tonight, a memorable call to action was written into Israel's declaration of Independence.

72 years ago tonight, these were the words of Israelis standing proudly in their own land, for the entire world to hear:

We appeal to the Jewish people throughout the Diaspora to rally round the Jews of Eretz-Israel in the tasks of immigration and upbuilding and to stand by them in the great struggle for the realization of the age-old dream - the redemption of Israel on the soil of the Homeland, in the city of Tel-Aviv, on this Sabbath eve, the 5th day of Iyar, 5708 14th of May, 1948.

As we recite these words on the 14th of May, 2020, the legacy is ours to protect and carry forward. It is our responsibility, as Israel bondholders and as investors in Israel’s future. Thank you for all that you do on behalf of the nation and people of Medinat Yisrael – the reborn State of Israel. Todah Raba! Am Israel Chai!" 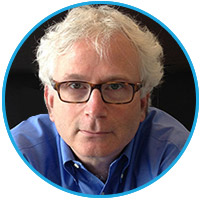 In his presentation, Mr. Matlow discussed the significance of the share certificates from the perspective of history, art and nation-building:

“The certificates are not only beautiful because of their images and calligraphy, but of the story they tell.

That story includes a French real estate syndicate in 1891 or a group of Chicago based investors in 1913 who purchased farmland in Palestine with a view to eventually living on it.

That story tells of a bank conceived by Theodor Herzl that funded the purchase of the land that became Tel Aviv.

That story is about investing in wineries and funding the founding of the Hebrew University in Jerusalem.

Chapters of that story continue to be written through the Israel Bond program instituted by Israel’s First Prime Minister, David Ben Gurion, in 1951.

Matlow concluded by saying: "The story is about a love affair of a people and a land, and of generations of supporters who invested in that land, built it, protected it and will continue to do so."

A gallery of the certificates shown can be seen below. 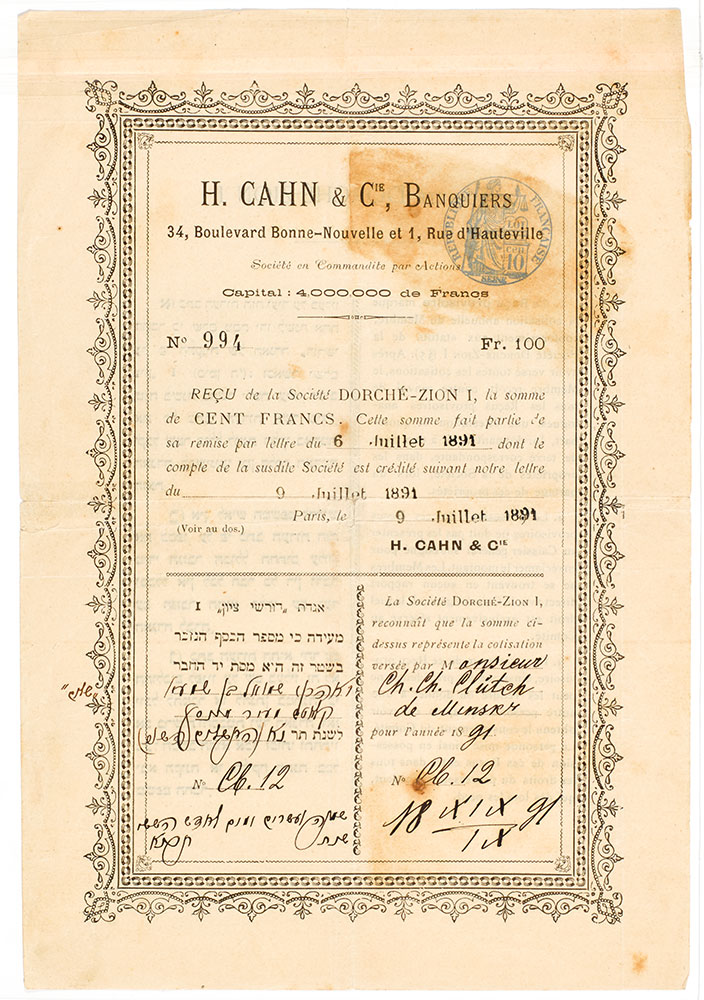 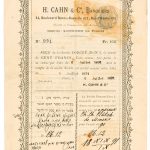 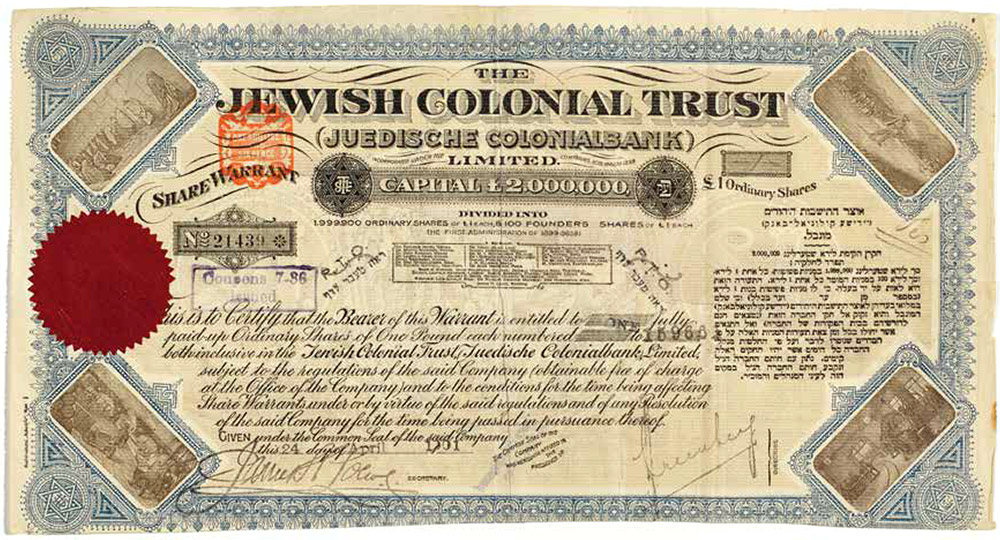 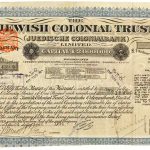 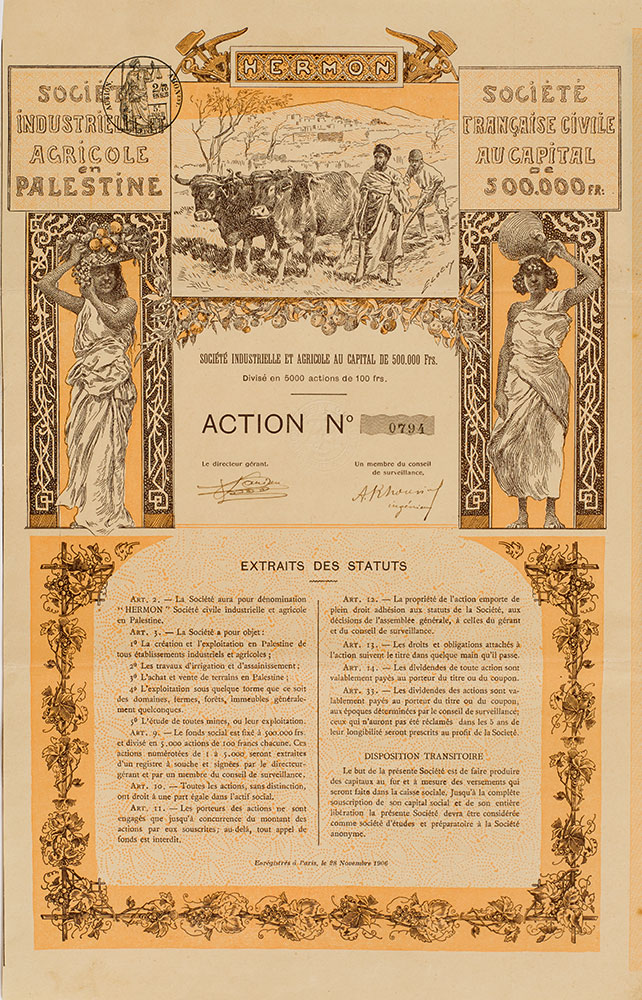 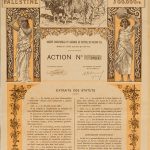 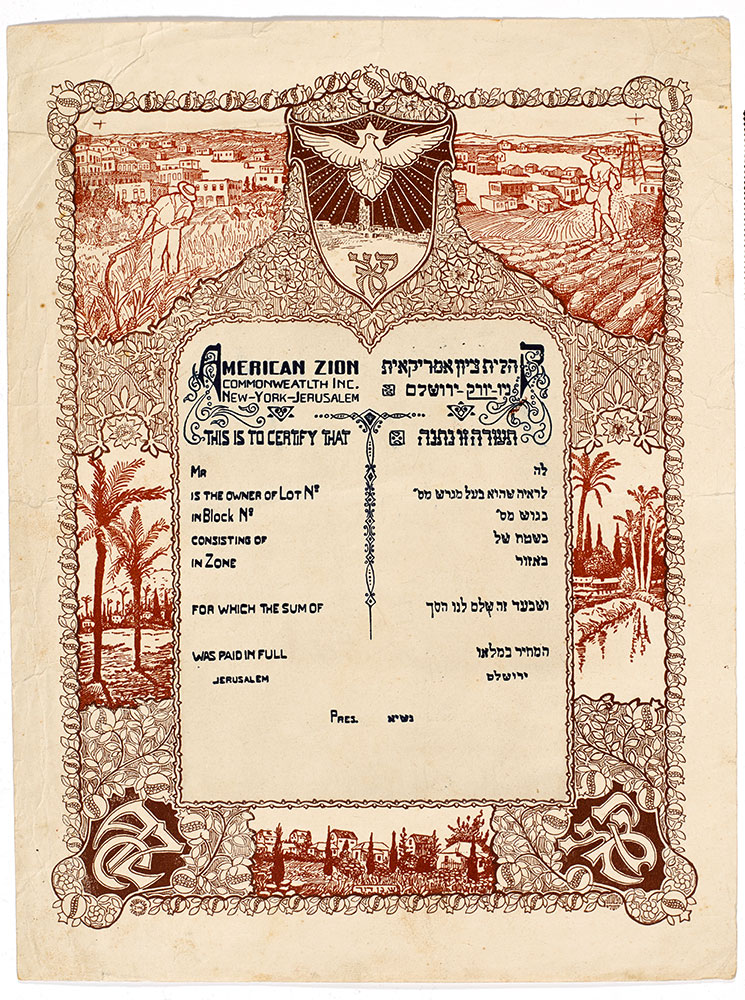 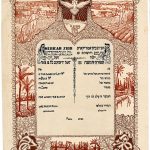 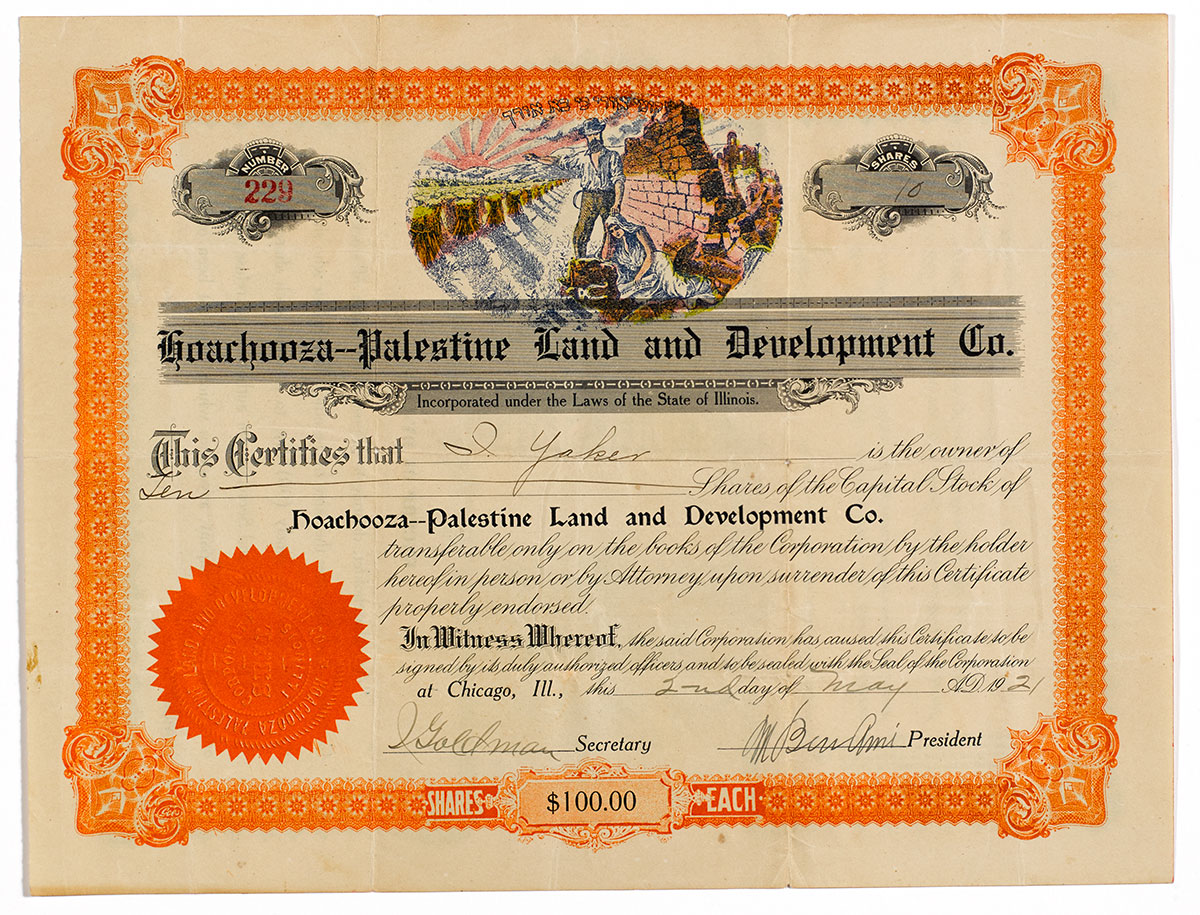 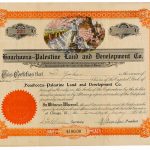 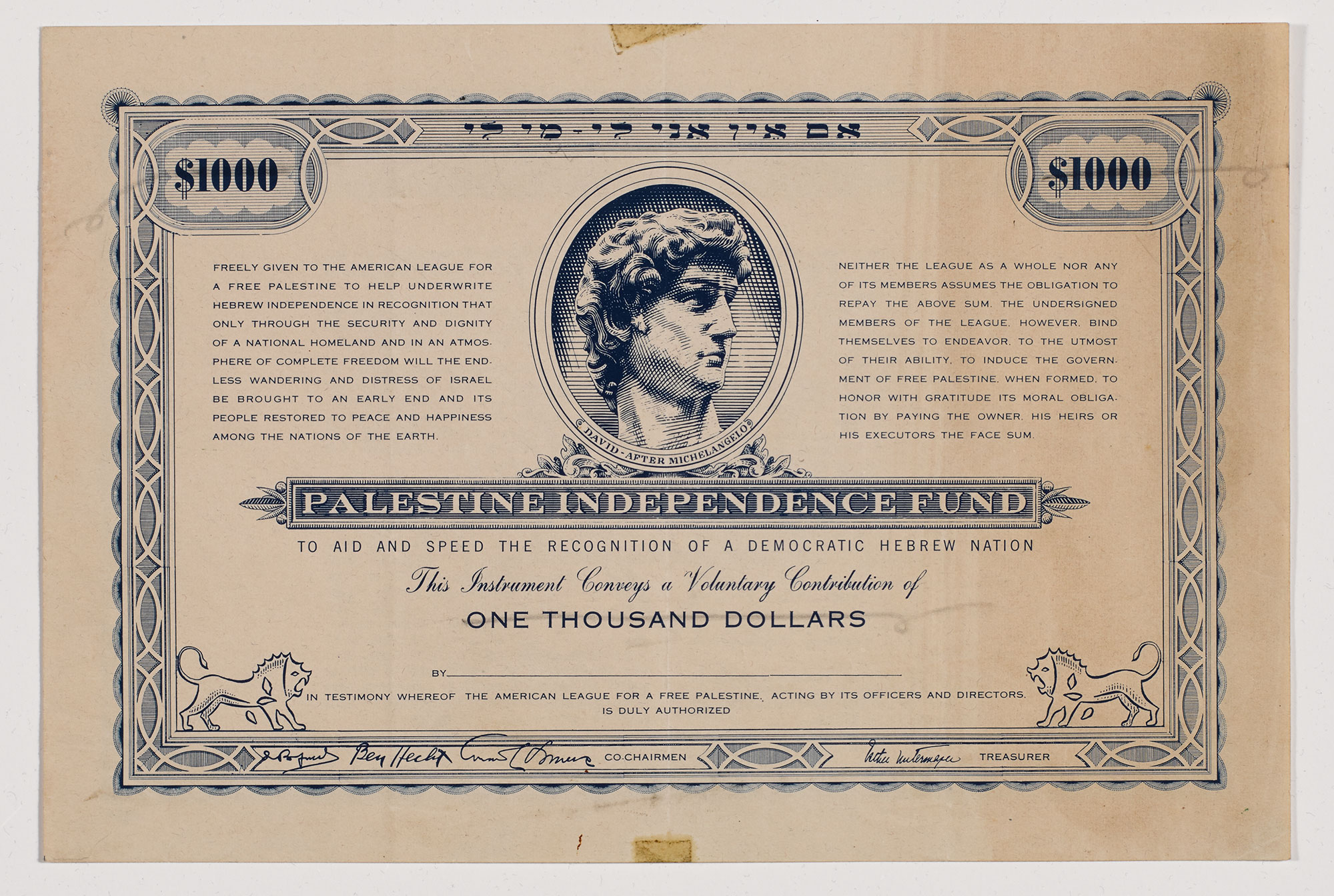 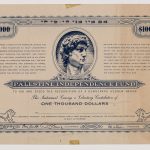 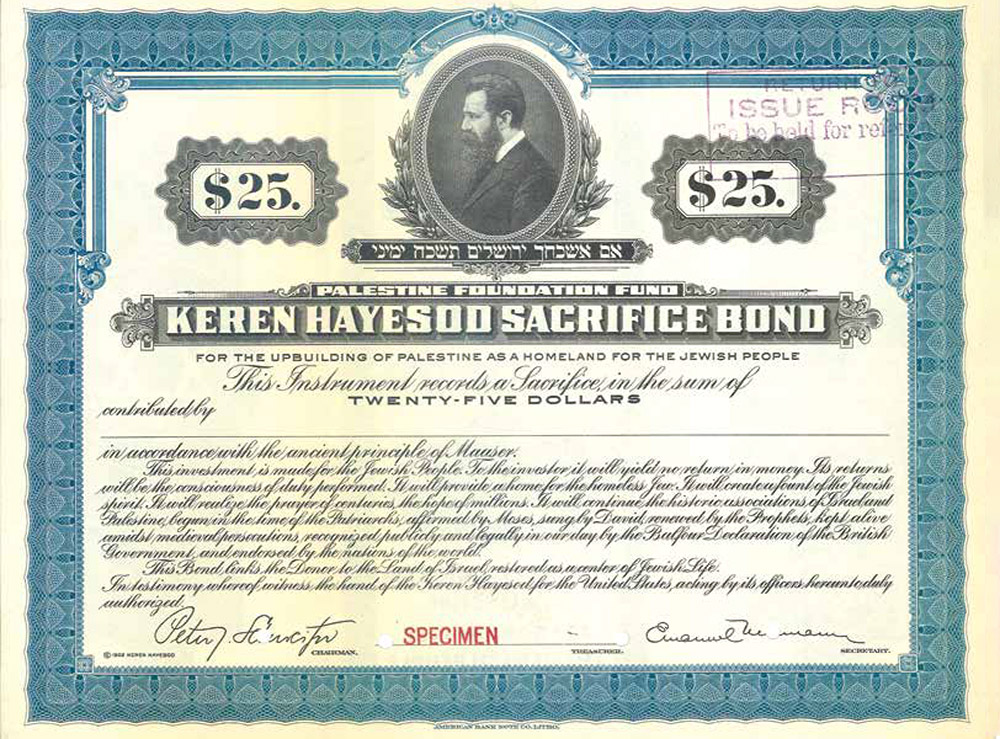 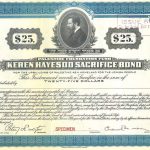 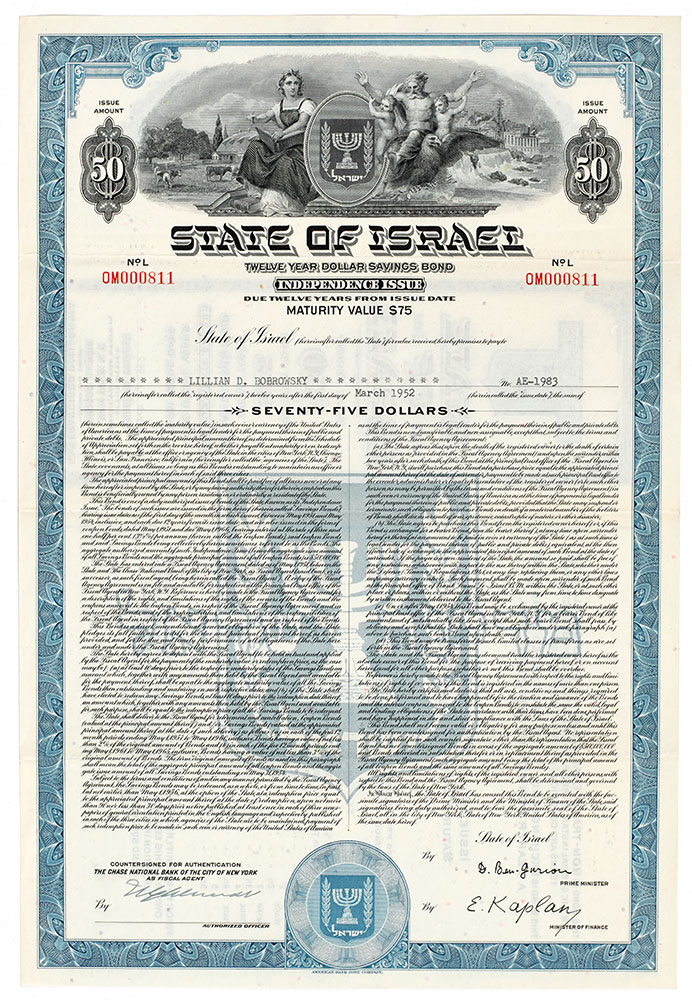 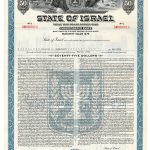 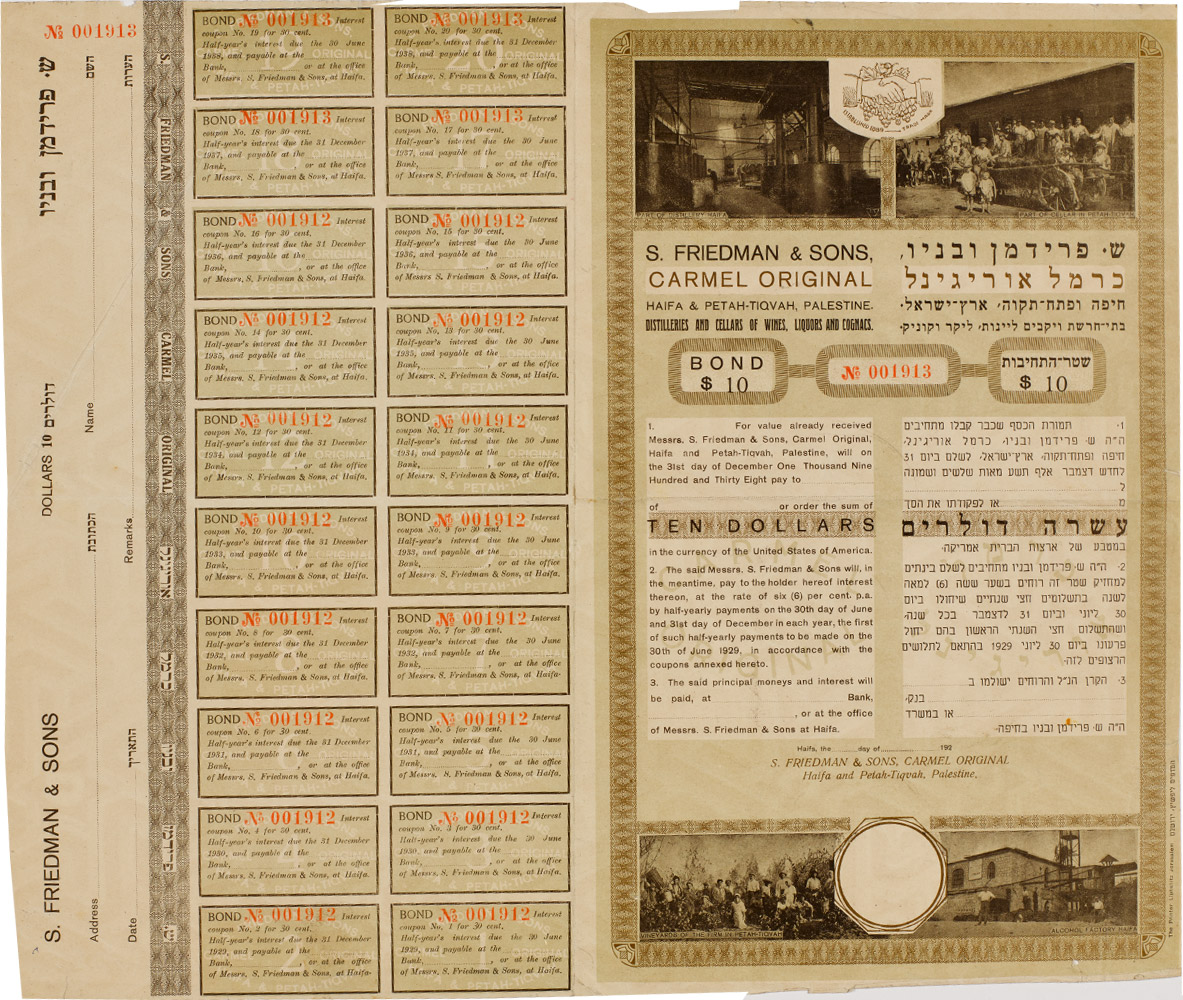 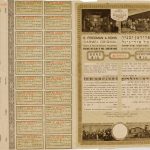 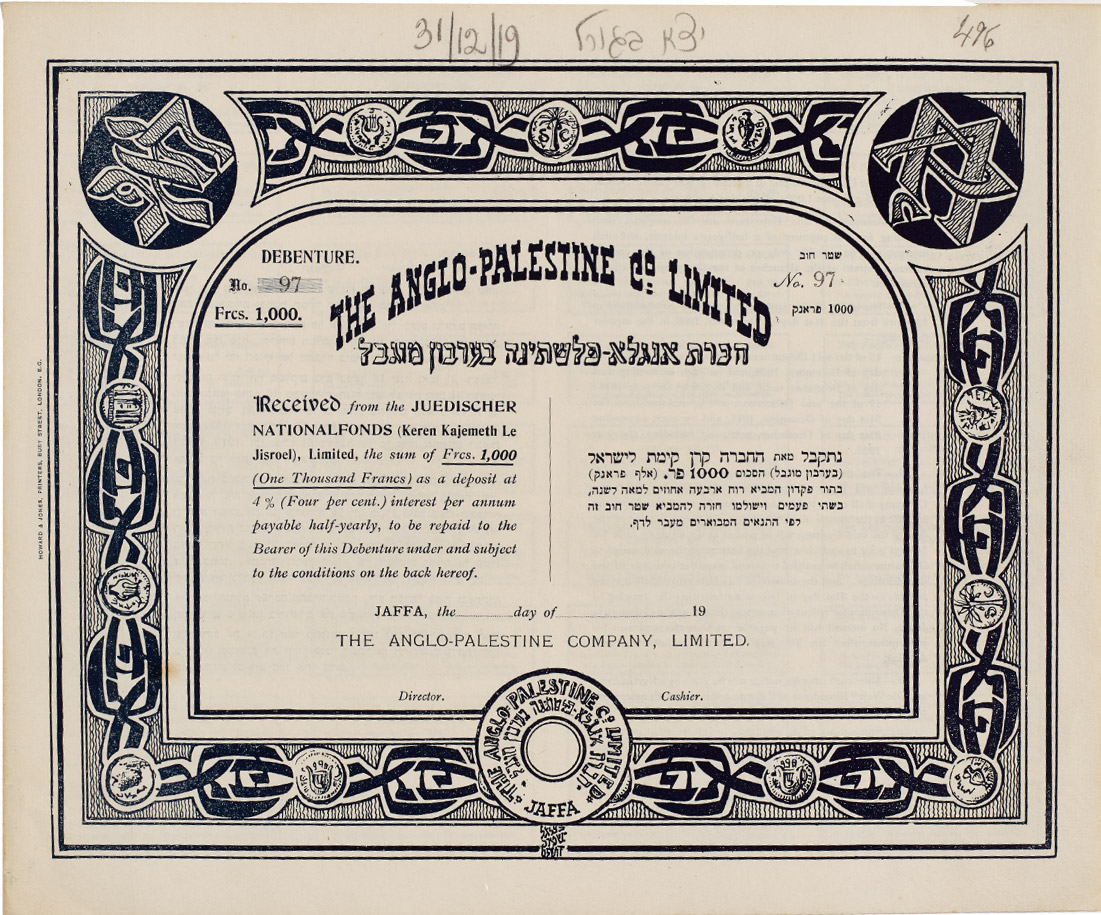 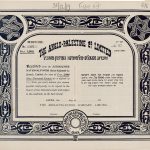 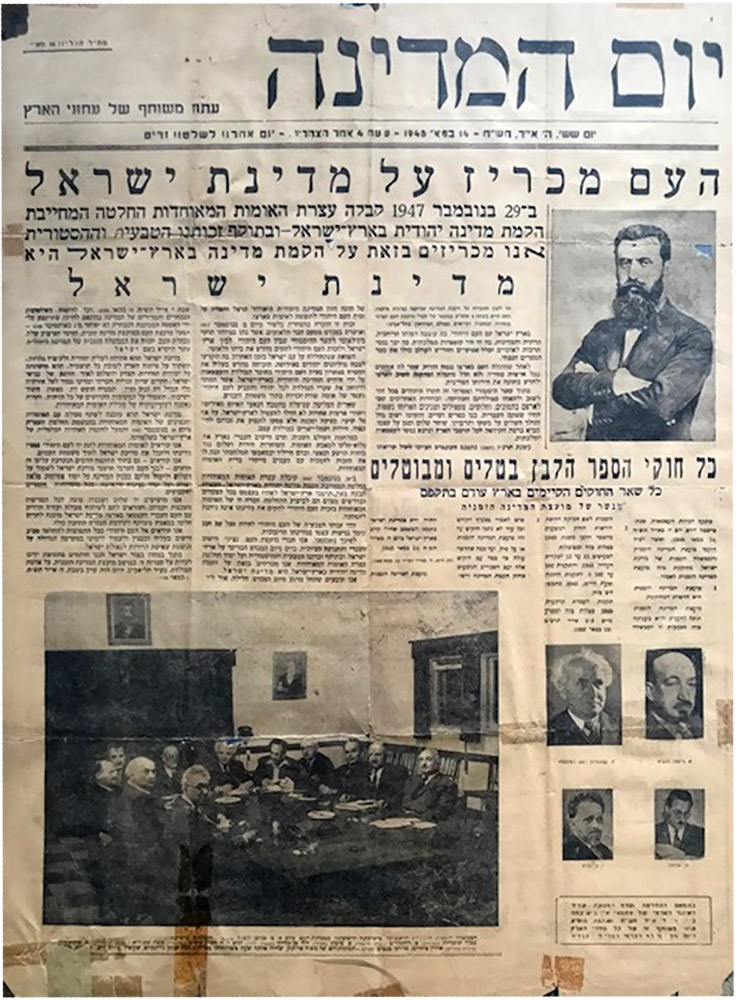 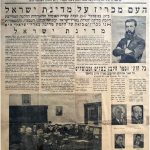 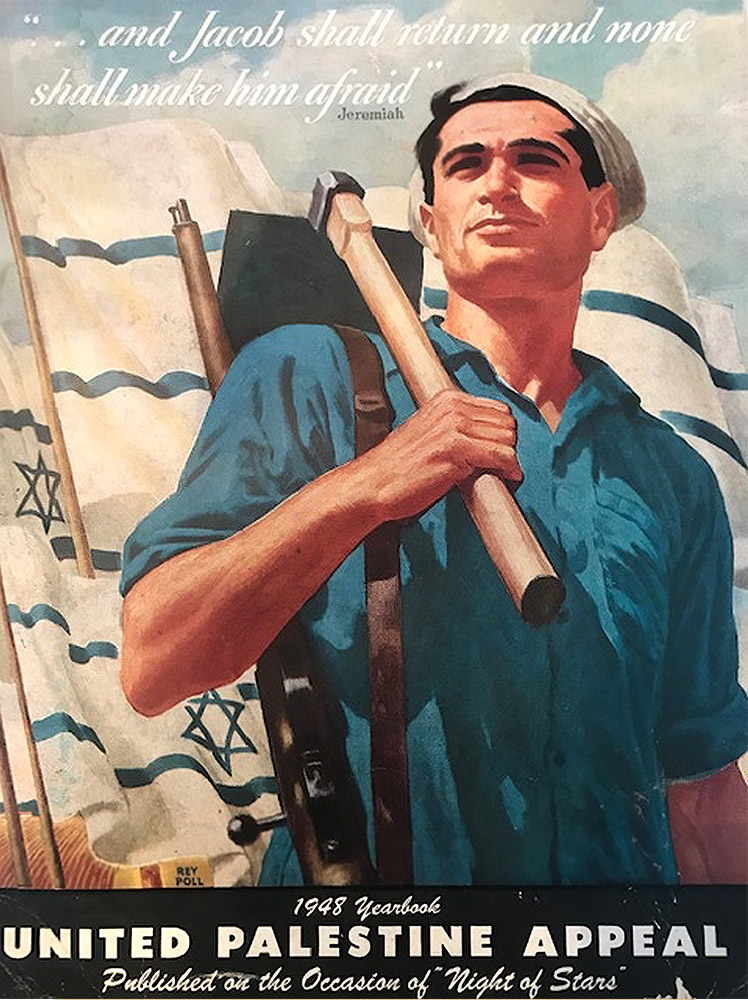 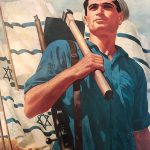 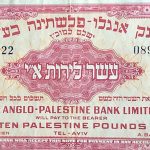