Theodor Herzl — A Story In Stamps

By David Matlow
From The Israel Philatelist, Spring 2018

I have the collector gene. As you are reading this publication you must have the collector gene too. A collector collects. That is what we do. I started collecting Israeli stamps when I was ten years old. My friend Barry Simon and I would ride our bikes to the meetings of the Israel Philatelic Society that were held in the basement of Toronto's Jewish Public Library. This was in the early 1970s. It was at the International Stamp Exhibition in Jerusalem in 1988 that I bought the missing pieces to my Israel stamp collection. I was done, but being born with the collecting gene, I needed to collect something else. That is what we do.

I started to collect memorabilia related to Theodor Herzl, the visionary of the State of Israel. I now have the world's largest collection of Herzl memorabilia, with over 5,000 items. If you google David Matlow Herzl, you will see a number of stories about the collection.

Within the collection there are many philatelic items including stamps issued by the Jewish National Fund and the State of Israel, postcards with Herzl's image in hundreds of varieties, and postmarks and covers from the Zionist Congresses that were held starting in 1897.

To mark Israel's 70th birthday, and in tribute to the fact that my collection began with stamps, I wanted to share with my fellow philatelists some of the more unusual philatelic items in my Herzl collection. 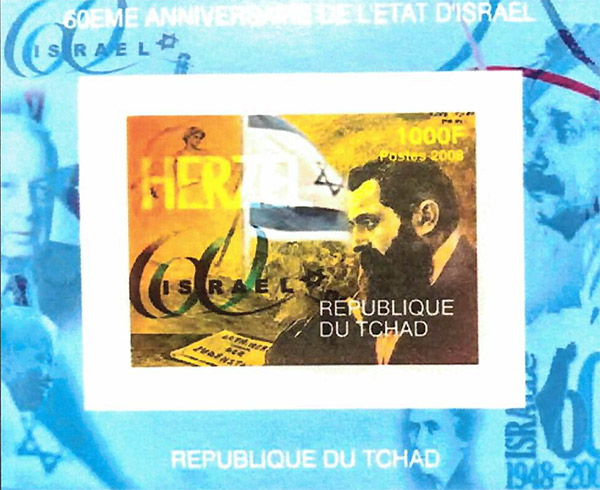 Figure 1: In 2008 to celebrate Israel's 60th birthday, the Republique Du Tchad issued a stamp which features Herzl leaning on a table that has a copy of Der Judenstaat on it. 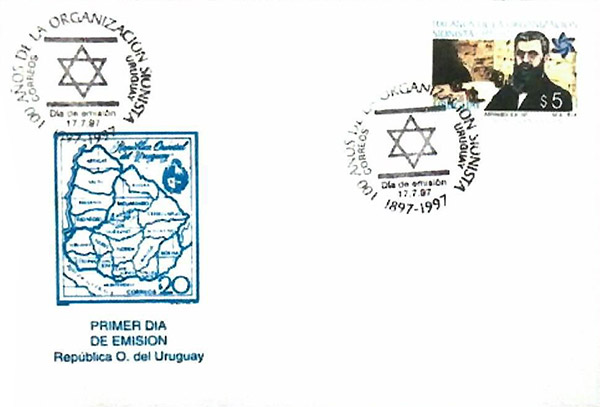 Figure 2: To mark the centennial of the First Zionist Congress and the formation of the World Zionist Organization that took place there, in 1997 Uruguay issued a commemorative stamp which features Herzl and the Western Wall.

Theodor Herzl was born in Budapest in 1860 and moved to Vienna as a teenager. He died in 1904 at the age of 44, having dedicated the last eight years of his life to the cause of the Jewish people.

Herzl burst on to the Jewish scene with the publication of his book Der Judenstaat (The Jewish State) in February 1896 (Figure 1). Herzl wrote Der Judenstaat while in residence at the Hotel Castille in Paris (there is a plaque on the outside of the hotel which marks the importance of that location in the history of Israel). The Hotel Castille was obviously a favorite spot for Herzl (Figure 4).

In 1902, Herzl wrote his novel Altneuland (Old New Land) which described what the Jewish homeland would look like twenty years in the future as a result of Jewish effort and ingenuity. The Hebrew translation of Altneuland is Tel Aviv. This great city is named after Herzl's book (Figure 5).

The Sixth Zionist Congress was held in Basel in 1903 (Figures 3, 6, 7). This was the "Uganda Conference" at which the delegates debated the British government's offer for a Jewish settlement in what they called Uganda (but which is the area we now know as Kenya). This Congress was a very difficult one, with the debate over the Uganda option very divisive and acrimonious.

On August 31, 1903 Herzl wrote in his diary "I will now tell you the speech that I am going to make at the Seventh Congress-that is, if I live to see it". He did not. Herzl died on July 3, 1904. In his will he asked to be buried in a metal casket so that when the Jewish state he envisioned is created, he could be re-interred there. 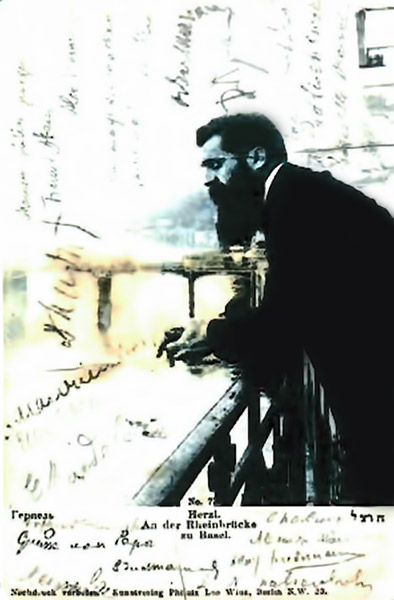 Figure 3: A postcard that Herzl sent to his son Hans from Basel after the Sixth Zionist Congress. Herzl signed this postcard "grusse von Papa" (greeting from father). Herzl had other delegates to the Congress sign the postcard as well. 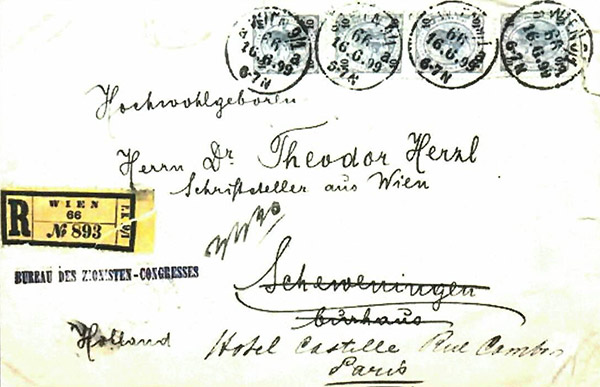 Figure 4: An envelope sent from the Zionist Congress office in Vienna prior to the Third Zionist Congress in 1899 addressed to Herzl in Scheweningen, Holland which was rerouted to him at the Hotel Castille. 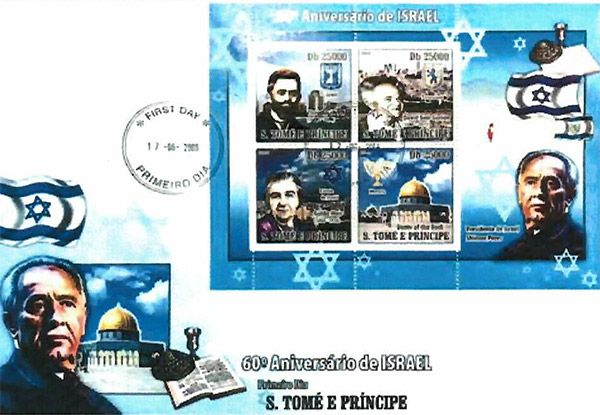 Figure 5: To celebrate Israel's 60th birthday in 2008, the African island nation of Sao Tome and Principe issued a series of stamps honoring Israeli historical figures including Herzl, whose picture (top left) is superimposed over the beachfront of Tel Aviv, the city named after his book. 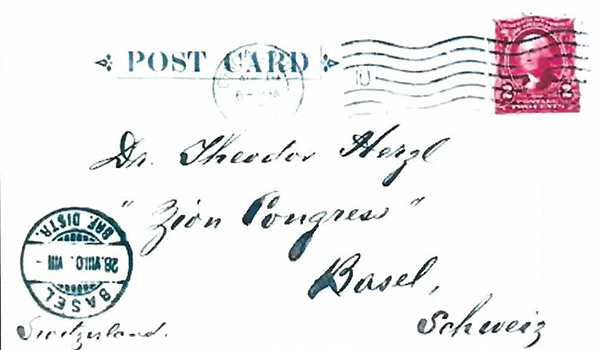 Figure 6: A Herzl postcard sent by the Zion Sabbath Schule in Chicago to Herzl himself at the Sixth Zionist Congress. It was postmarked in Chicago on August 14, 1903 and arrived in New York by August 16. The card arrived in Basel on August 28 which was the last day of the Congress. 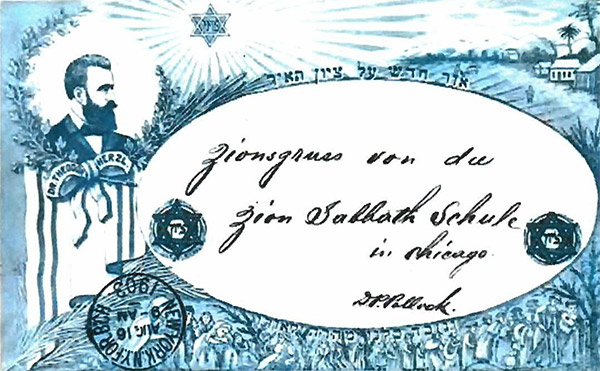 On May 14, 1948 David Ben Gurion declared Israel's independence below a portrait of Herzl.

The lesson of Herzl is that anything is possible. In 1896, the idea of a Jewish state was preposterous and impossible. But it happened. This means that anything can happen, if we want it badly enough and work hard for it. Herzl said "if you will it, it is not a dream". That is true for ourselves, our collections, our countries, Israel and the future. 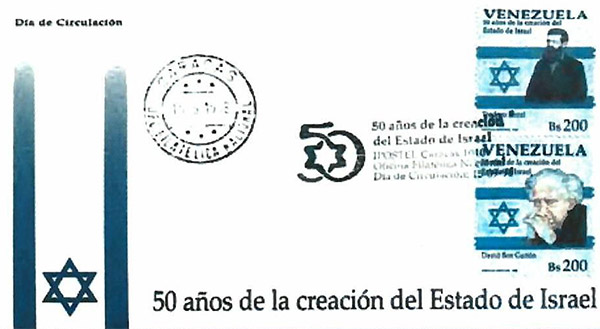 Figure 8: First day cover for stamps issued by Venezuela in 1998 to celebrate Israel's 50th birthday. Herzl's stamp appears above that of Ben Gurion. 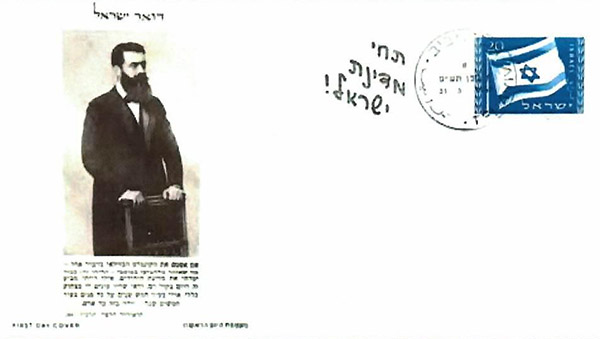 Figure 9: Israeli first day cover issued on March 31, 1949 which includes a picture of Herzl above the following excerpt from Herzl's diary written after the First Zionist Congress:

"Were I to sum up the Basel Congress in a word - which I shall guard against pronouncing publicly — it would be this: At Basel I founded the Jewish State. If I said this out loud today I would be greeted by universal laughter. In five years perhaps, and certainly in fifty years, everyone will perceive it."

Israel was founded fifty years and nine months after Herzl wrote these words. 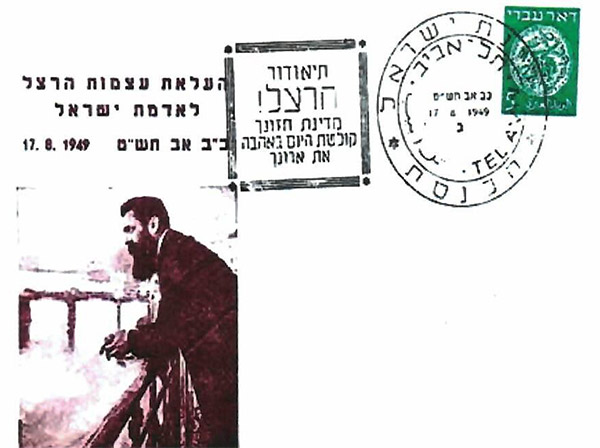 Figure 10: Figure 10 is a cover postmarked at the Knesset (which was then in Tel Aviv) with the declaration:

"Theodor Herzl! The State you envisioned receives your casket today with love".

It would not be an article about Herzl written by a Canadian if there was not a reference to hockey (Figure 11). 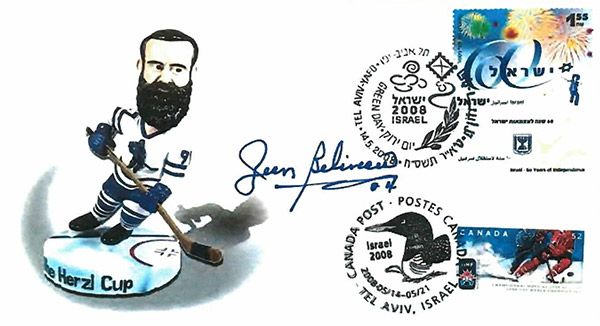