Continuing its ongoing series of conference calls with prominent Israeli leaders and officials from across the spectrum, Israel Bonds proudly hosted a July 8 call with MK Yuli Edelstein, speaker of the Knesset. Bonds leadership from three continents participated as Speaker Edelstein discussed Israel’s security situation, the ongoing resilience of its economy and the upcoming national election - Israel’s second this year - which he hoped “will result in a broad and stable coalition to deal with our numerous challenges.” 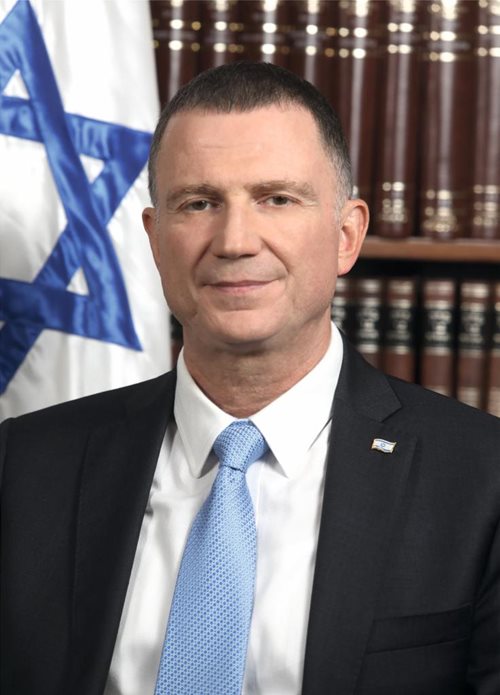 Speaker Edelstein offered praise for Israel Bonds, stating, “Bonds always understood it was about developing Israel’s economy and moving the country forward.” He added, “Israel is flourishing in so many fields thanks to the vision of Israel Bonds.”

In expressing appreciation, Bonds President & CEO Israel Maimon, speaking from the Pan American Maccabi Games in Mexico City, cited the presence of thousands of athletes and spectators, observing, “It’s a great example of showing when the Jewish people are together, we can face any challenge.”

Yuli Edelstein is considered a hero of the historic effort to secure Soviet Jews the right to immigrate to Israel. Imprisoned in a labor camp for three years because of his Zionist beliefs, he ultimately emigrated and became an important, influential political leader in Israel.