Israel Bonds leadership and staff throughout the world – over 700 strong – joined as one in commemorating Yom HaShoah – Holocaust Remembrance Day – on April 21.

In speaking of Israel’s establishment in the aftermath of the Holocaust, Rabbi Lau stated, “It’s not enough to be independent. You have to build the state, and Bonds helped us . . . overcome obstacles.” He concluded by urging listeners to “keep this bridge (between us) very, very strong.”

Particularly impactful were the words of Auschwitz-Birkenau survivor Dr. Gita Cycowicz, who moved her audience to tears through heartbreaking testimony tracing the arc of her journey from death camp prisoner to proud citizen of Israel.

Other poignant moments included hundreds of participants simultaneously lighting Yizkor candles and reciting Kaddish in memory of the six million Jews who perished. 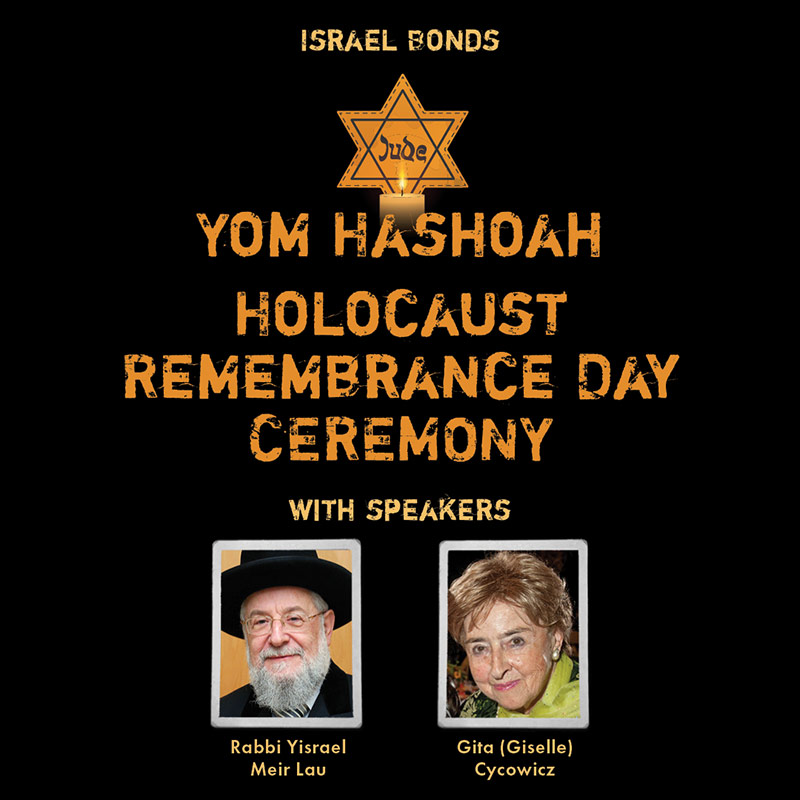