In honor of Yom HaShoah, on April 7 Israel Bonds paid homage to the victims of the Holocaust through a poignant evening of remembrance. The program of emotion and reflection was highlighted by Maj. Gen. (ret.) Amir Eshel, leader of the defiant 2003 Israel Air Force flight over Auschwitz – “a man-made hell” – an idea that germinated in 1987 when he became determined “to send a message.” Of the victims, he said, “We salute them.” Additionally, Bonds Global President & CEO, Israel Maimon, movingly traced the tragic journey of Victor Perez, “one among six million” – born in Tunisia, interred in France and ultimately murdered on the Auschwitz death march – to symbolize “the enormity of the Holocaust.” Emphasizing the themes of l’dor v’dor and “Never Again,” the program was opened and closed by Bonds New Leadership representatives Gonen Hollander of Toronto and Gina Bellisario of Los Angeles. 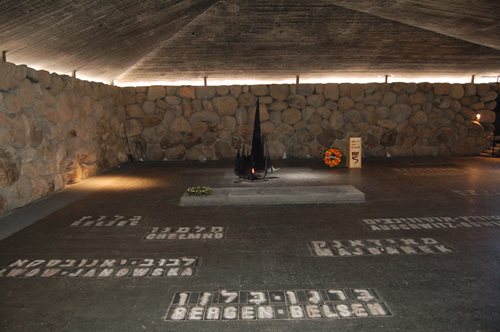