Israel Bonds Celebrates ‘The Realization of the Dream’

On February 21, Israel Bonds marked its 70th anniversary with a celebration inspired by Theodor Herzl’s prescient quote, “If you will it, it is no dream.” 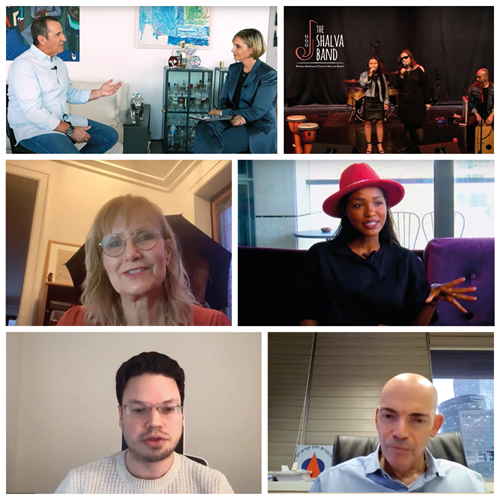 The theme was highlighted through the exploration of five dreams that came to fruition for Israel: the dream of technology, with Mellanox co-founder Eyal Waldman, interviewed by prominent Israeli journalist Dana Weiss; the dream of the spirit, exemplified by The Shalva Band, whose members have overcome personal disabilities; the dream of strength, explained by Iron Dome co-creator Dr. Daniel Gold; the dream of health and medicine, shared by Dr. Dorit Nitzan of the World Health Organization; and the dream of freedom, symbolized by model, actress and former Miss Israel, Titi, the evening’s emcee.

‘The Realization of the Dream’ also commemorated the Israel Bonds global network of support that has made so much possible for Israel over the past seven decades. A video of the evening can be seen here.