An international delegation of Israel Bonds leaders from seven countries convened in Poland for the International March of the Living, marching with thousands of others along the somber route from Auschwitz to Birkenau. Bonds President & CEO Israel Maimon took part in a ceremony at which six torches were lit in honor of the six million victims of the Holocaust. Maimon joined in lighting the fourth torch, in memory of the rabbis, scholars, and teachers lost in the Shoah. He later declared, “A proud Jewish nation and its powerful armed forces are the ultimate guarantee that the words ‘Never Again’ will forever be an unbreakable promise.” 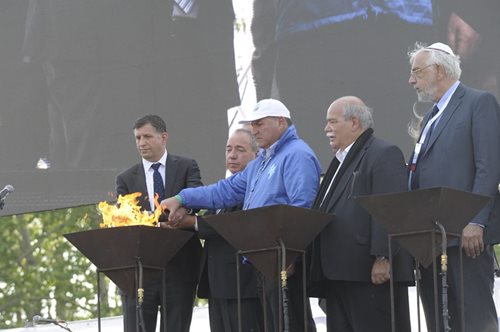 Many delegates continued on to Israel to observe the commemoration of Yom HaZikaron (Memorial Day) and participate in the festive celebration of Yom Ha’atzmaut (Independence Day). Delegates also journeyed south to pay a solidarity visit to the border community of Sderot, which, throughout the years, has been subjected to thousands of rockets and mortar rounds launched by Gaza terrorist groups. 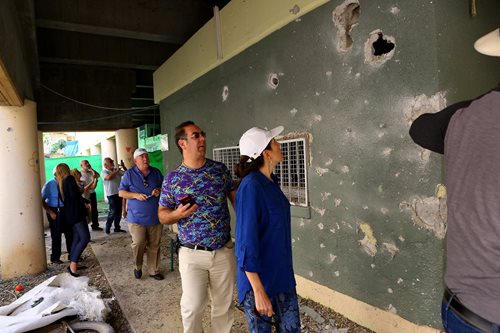