On April 11, Israel Bonds President & CEO Israel Maimon, together with Bonds leaders from Mexico, Panama, and Brazil, spoke at a Yom HaShoah ceremony in Belgrade adjacent to the Sajmiste concentration camp to honor the thousands of Serbian Jews who lost their lives in the Holocaust.

In his remarks, Maimon declared, “A proud Jewish nation and its powerful Israel Defense Forces, are the ultimate guarantee that the words ‘Never Again’ will resonate not as a phrase, but as an unbreakable promise.” 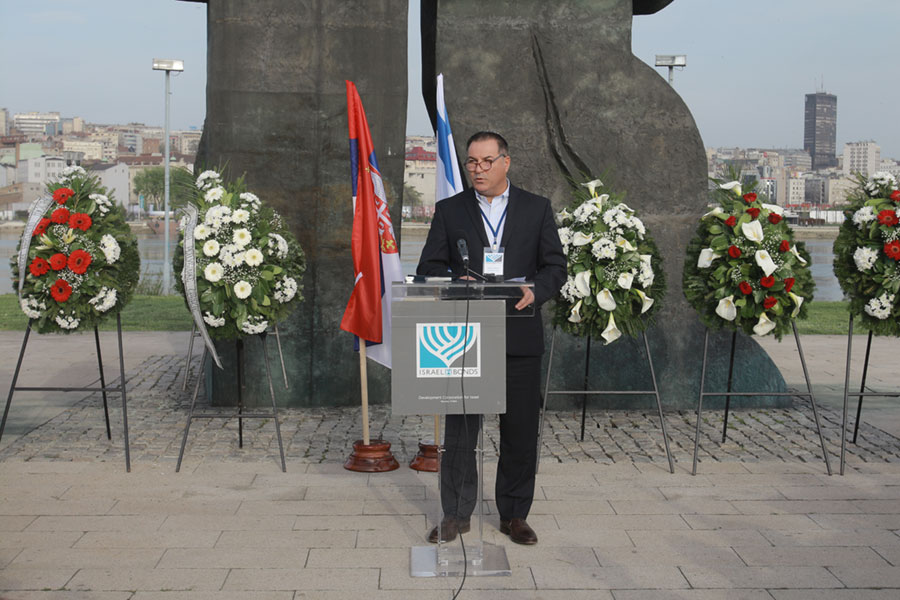 Bonds President & CEO Israel Maimon speaks of the tragedy of Holocaust victims
"who never had the chance to live in a world with a proud, dynamic Jewish state”

He added, “As we stand together in sorrow, we remain resolute in our determination to continue the miracle of Israel. We do this in honor of the six million victims of the Shoah, who never had the chance to live in a world with a proud, dynamic Jewish state.” 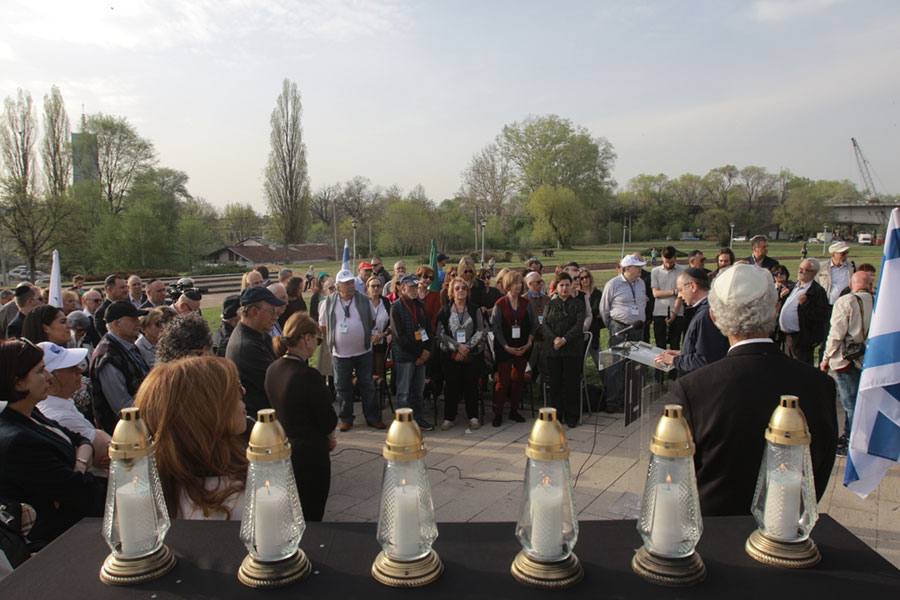 Israeli Ambassador to Serbia Alona Fisher-Kamm, also addressed the Bonds contingent. In noting the delegates were going from Serbia to Israel for the nation’s 70th anniversary, she said, “Israel Bonds, more than any other organization, is committed to a strong Israel. I would like to congratulate and thank each one of you for what you are doing for the State of Israel.” 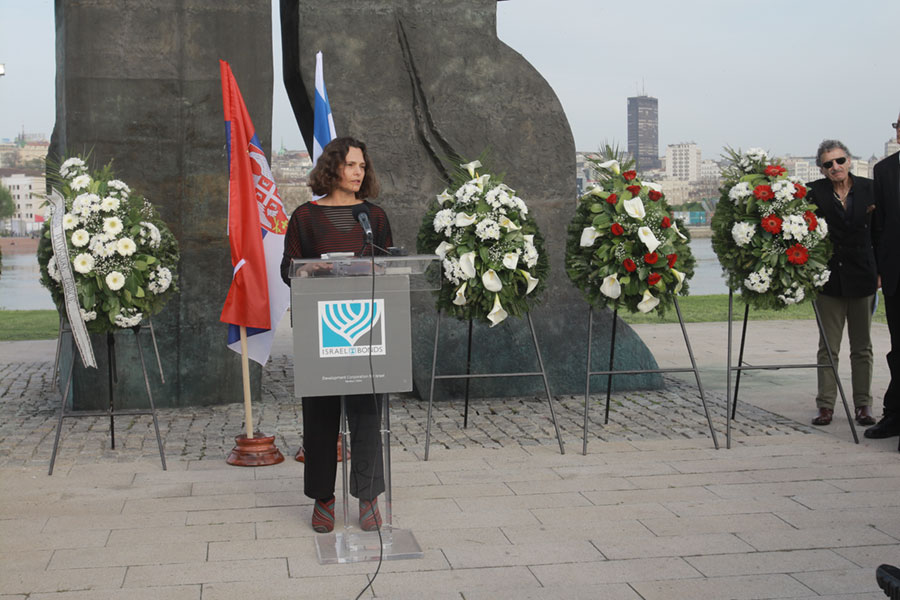 Israeli Ambassador to Serbia Alona Fisher-Kamm tells participants, “Israel Bonds, more than any other organization, is committed to a strong Israel”