The 2019 Israel Bonds International Leadership Conference - themed Perpetuating a Tradition of Leadership - was held November 14-17 at the Arizona Biltmore in Phoenix, bringing together over 100 Bonds leaders from the U.S., Canada, Latin America and Europe. Culminating The Year of the Lay Leader, the conference convened with the Hebrew prayer for Israel, led by Major N, the first female helicopter pilot in the Israel Air Force, as an expression of solidarity in the wake of hundreds of terrorist rockets launched at the country. Bonds Chairman of the Board Howard L. Goldstein said, “As Bonds leaders and proud supporters of Israel, we know the nation’s achievements, and indeed its very existence, come with the understanding that there will always be challenge and adversity.”

Keynote speaker Elan S. Carr, U.S. special envoy to monitor and combat anti-Semitism, told the gathering, “We are living in a different world than before 1948,” the year of Israel’s independence. He added, “You don’t have to wear a uniform to fight for the Jewish people.” Through Israel Bonds, he emphasized, “You are all soldiers for the State of Israel.”

Also speaking was Arizona State Treasurer Kimberly Yee, who praised the strong ties between Arizona and Israel and announced the state would double its current Israel bond holdings through a new $5 million investment. 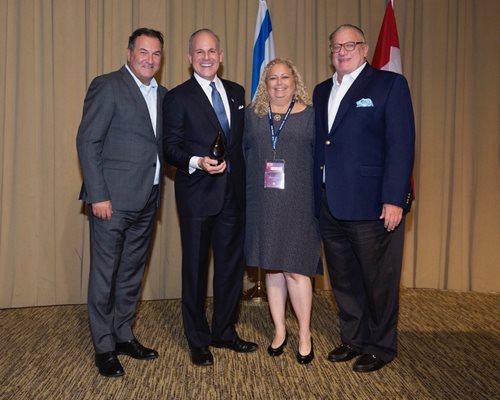 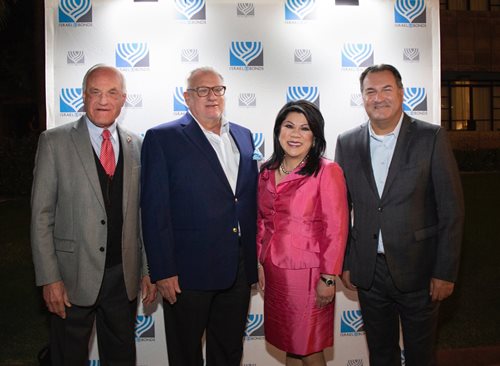 Day two featured Israel’s top news broadcaster, Yonit Levi, who, in an engaging discussion, cited reasons for optimism anchored in the strength of Israel’s democracy, judicial system and armed forces. Praising the assembled Bonds leaders, Levi said, “Support for Israel is very palpable in this room. My country owes you a great debt of gratitude.”

She later interviewed helicopter pilot Major N, who thanked the audience for their “unconditional support of Israel. I know you will always have my back.” The IAF’s only female CH-53 pilot, she endured the rigors of her three-year training and subsequent missions with a rallying cry of “Bring it on, you’re not going to break me.” 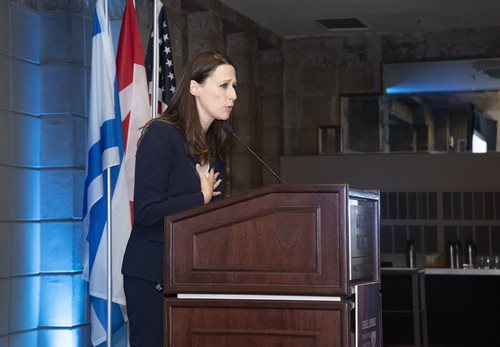 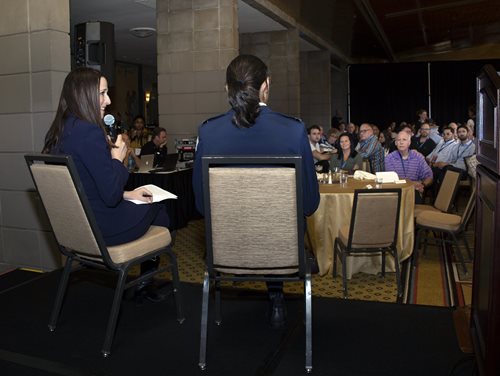 IAF helicopter pilot Major N (name and face concealed for security purposes) tells
Bonds leaders, “The challenges I faced got me where I am today”

Day three, highlighted by the closeness of Shabbat, included a discussion with Bonds board member and Hotels.com founder Bob Diener, who described getting the company off the ground with his partner after the two of them accumulated $1,200. After hearing Diener’s passion for Israel Bonds, discussion moderator Gil Peretz, founder of PositiveChutzpah.com, announced he would invest in $1,800 in bonds for his family.

Later, a series of workshops focused on strengthening the Women’s Division, New Leadership, the Rabbinic and Synagogue Division, and bond financing. 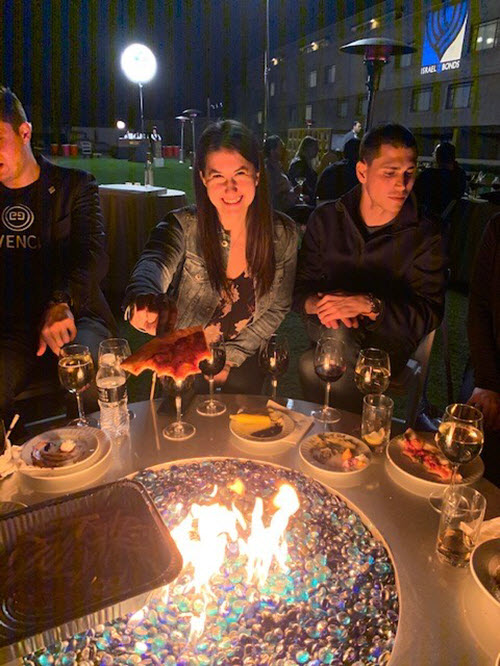 The final day featured a discussion with Academy Award®-winning filmmaker Guy Nattiv, who detailed the journey from conception to development of his Oscar®-winning short film ‘Skin.’ Inspired by his Holocaust survivor grandfather, Nattiv directed the story of a former neo-Nazi, chronicling his “transition from monster to human.” Nattiv also spoke emotionally of his IDF experience, saying, “The army changed my life. It’s specific to who we are as Israelis.” 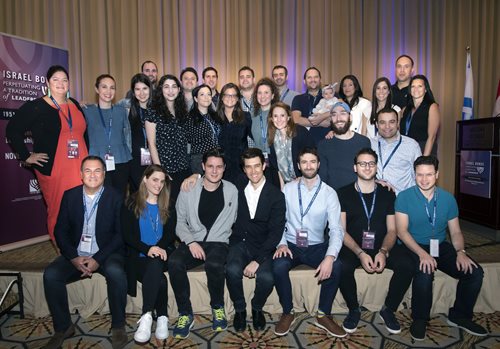 President & CEO Israel Maimon concluded the conference by expressing appreciation to delegates, stating, “Leadership is the key factor in the ongoing success of Israel Bonds. Thank you for making extraordinary achievements possible.”