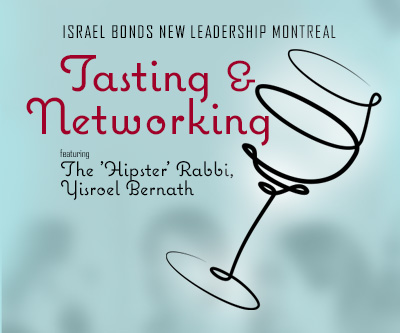 Join us for a Hipster Israeli Kosher Wine Education!

Cherished for his incredible warmth and non-judgmental personality, this hipster is not your typical rabbi. Bernath is spiritual director at Chabad of NDG and the Jewish Chaplain at Concordia University in Montreal, Quebec, Canada. Coined by the Montreal Gazette as the "Love Rabbi" and the "Hipster Rabbi" by Viceland, he is a well-known matchmaker and relationship coach.

Fifteen years ago, Rabbi Bernath found his passion as a wine enthusiast. Training with some of the world's top Sommeliers, he has developed a keen understanding of Israeli and Kosher wines. Today, he reviews and rates Israeli wines for some of the industry's leading publications.

Paul Hirschson was appointed Consul General of Israel and moved to Montreal in summer 2021. He also serves as Israel’s Permanent Representative to ICAO, the International Civil Aviation Organisation.

Paul spent ten years in business in Israel’s hi-tech sector developing relations in Arab countries and later in Europe, Africa, Malaysia and beyond.

In 2004 Paul left the private sector and joined Israel’s Foreign Ministry, becoming Israel’s first diplomat to serve in the United Arab Emirates. In 2008 Paul relocated to and served in the USA, returning home to Israel in 2011 where he served as a spokesperson in the Foreign Ministry for 4 years.

When not walking the streets, Paul spends his time speaking on his cell phone and drinking coffee. Paul can be followed on twitter: @paulhirschson

At the home of Paul Hirschson, Consul General of Israel in Montreal.

Please note: Space is limited. Address will be provided prior to event. Photo ID will be shown in advance to the Consulate of Israel in Montreal. 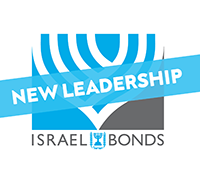 Robert Issenman
Member of the Board

Ora Stolovitz
Member of the Board

Raquel Benzacar Savatti
Member of the Board and CEO

Canada-Israel Securities, Limited is registered as an Exempt Market Dealer.