Framing your Israel Bonds message in a maximum of 3 minutes. 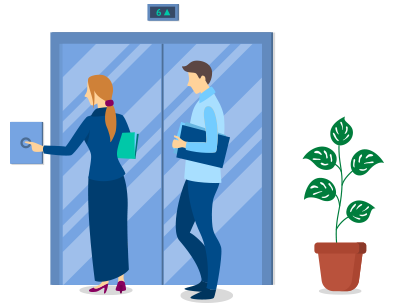 THIS YEAR, PLEASE BE SURE TO MENTION THE FOLLOWING 5 POINTS

With these words, in May of 1951, the State of Israel began a remarkable promise. That year, Israel forged an indelible Bond between the people of Israel and friends of Israel around the world.

You might think that an Israeli financial product, sold only in the Diaspora for over 70 years, would be familiar to almost everyone.

In return for the loan, Israel agrees to pay interest to you, the bondholder, and repay the loan at the end of its term.

Well, as we know, it was Ben-Gurion who famously said, "In Israel, in order to be a realist, you must believe in miracles!" Sales now routinely surpass $1 billion dollars per year, and total sales since inception have crossed $46 billion dollars worldwide.  Israel Bonds are currently held by close to 270,000 people.

Supporting Israel through israel bonds this time of year is one very powerful way to reaffirm that a strong State of Israel is central to our lives, and that our personal involvement is meaningful and significant.

Above and beyond rates of return, our bond with Israel is a return on investment that is enduring and necessary. You are making a direct connection with the people of Israel.

The magic happens when you write a cheque made payable to the “State of Israel.” Not Israel Bonds. Not the Israel bonds organisation… directly to the “State… of… Israel.”

If you believe in the future of the State of Israel, there is no better way to express that belief than by creating your own stake in that future.

So, look for that Israel Bonds email from our synagogue. Follow the instructions. An Israel bonds representative will follow up with you to help you complete your purchase. It’s really that easy!

CANADA-ISRAEL SECURITIES, LIMITED.
Israel bonds must be held to maturity. Canada-Israel Securities, Limited disclaims the right to the exclusive use and registration of the Crest of Israel. This is not an offering. Investment amounts, interest rates and maturities available on all bonds will vary according to current offerings by the State of Israel. Rates, terms and bond issues as listed and/or advertised are subject to change or be discontinued without notice. As with any part of your financial plan, you should always consult with your financial advisor and/or accountant to ensure the plan is suitable for your situation. E/OE.