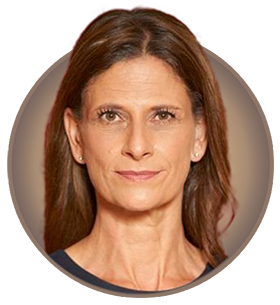 Michal Cotler-Wunsh was a Member of Israel’s 23rd Knesset. She served as Chair of the Special Committee on Drug and Alcohol Use, Chair of the Subcommittee on Israel-Diaspora Relations, and as a member of several committees including the Foreign Affairs and Security committee, Constitution, Law and Justice committee, and the Children’s Rights, Women’s Status, and Immigration and Integration Committees. Michal served as the first Knesset appointee in 2020 as the Israel Liaison to the Issue of the International Criminal Court (ICC), was co-chair of the Canada-Israel interparliamentary friendship group, and a member of several inter-Parliamentary friendship and working groups, and Chair of the Caucus for Ethiopians in Israel.

A prime focus of her legislative agenda, Cotler-Wunsh advanced significant legislative proposals and held multiple hearings in Knesset on the role of Olim as a ‘live bridge’, connecting Israel to Jews and their communities worldwide; on the imperative to identify and remove systemic hurdles to Aliya and integration; on the need to reframe and strengthen the relationship between Jews in Israel and Jewish communities throughout the world and addressing the challenges and opportunities of combating the new antisemitism cloaked as anti-Zionism. She is also a founding member of the Interparliamentary Bi-Partisan Task Force to Combat Online Antisemitism, alongside legislators from the US, Canada, Australia and the UK.

Equipped with extensive management experience and academic expertise, Cotler-Wunsh is a frequently headlined and effective public speaker with the ability to engage and respond to diverse audiences in Israel and abroad. She serves as senior public policy & strategy advisor and is a frequent author on Israel-diaspora relations and challenges to Israel’s legitimacy, identifying, exposing and combatting double standards and antisemitism and on issues of internal Israeli resiliency. Cotler-Wunsh was recently appointed a JFNA ‘scholar in residence’; is leading the newly launched NefeshBNefesh Institute for Aliya Policy & Strategy; and is advisor to various organizations and initiatives.

Prior to becoming a Member of Knesset, Michal served in various professional and volunteer capacities, including as Director of International External Relations at the Interdisciplinary Center (IDC) Herzliya; research fellow at the Institute for Counter-Terrorism (ICT) at IDC Herzliya; and board member at “Tzav Pius”. She is a legal advisor to the Goldin family, dedicated to the return of deceased Israeli soldiers Hadar Goldin and Oron Shaul, as well as Israeli civilians Avera Mengistu and Hisham a-Sayed, held in 7 year standing violation of international law and human rights. In this and other engagements, Cotler-Wunsh is committed to the reaffirmation of international law and utilization of the ‘language of rights’, enabling Israel to ‘rise from the docket of the accused’, as well as to engage and participate in imperative restoration of foundational principles.

Cotler-Wunsh lives in Ra’anana with her husband and their 4 children.

Back to High Holy Days Campaign