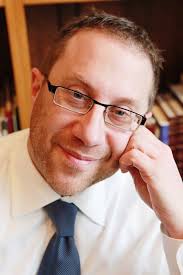 In May of 1948 as British control of Palestine was coming to an end they handed the city of Tzfat over to the Arabs. From that moment the city’s Jewish population came under siege and so began a relentless attack against the Jewish quarter.

The Grand Mufti announced his plan to make Safed his capital city and promised to slaughter all the Jews in the city. At the same time the Israeli commander Yigal Allon was proposing a bold plan to rescue the city he received an urgent message from the nearby settlement of Ramot Naftali. Arab forces, they reported, were attacking the small moshav and threatened to overrun the community.

The moshav, they said, could not hold out long. They needed assistance immediately.

Allon was facing a serious dilemma.

On one hand if he divided his forces to send help to the defenders at Ramot Naftali, he wouldn’t have sufficient men to free the besieged Jewish Quarter in Safed. On the other hand if he didn’t send men to the moshav he might be standing by as dozens of Jews are murdered. Allon had a difficult decision to make: save the Jews of Safed or save the people of Ramot Naftali – it seemed he could not do both.

In his memoirs, he wrote of leaving his command tent and going for a walk. When he came back he radioed Ramot Naftali – the moshav – and told them to hold out as long as they could with whatever they had. His hope was that by attacking Safed, he would draw Arab forces away from them.

But as the Arab heavy artillery rained heavier down on the Moshav they radioed again: this time asking for permission to abandon the settlement.

Allon said no. He said ‘stand your ground and fight as long as you can’.

But here we find the deeper story behind the story - some of the defenders of the Moshav – of Ramot Naftali - had served under Orde Wingate; the British war hero, Bible-believing Zionist, and leader of early Jewish forces in then Palestine. Wingate was a devout Christian who consulted his Bible for battle strategy and was convinced that the Bible foretold the prophecy of bringing the Jewish people back to the Land of Israel. Wingate left England for Palestine to train Jewish fighters, helped organize a Jewish militia – Yigal Allon himself trained under Wingate.
Wingate would die in a plane crash in 1944 and wouldn’t live to see the state founded.

But now in May of 1948 those Wingate trained men faced almost certain death as they prepared to defend their position against overwhelming odds. Allon’s hands were tied and couldn’t send forces but he did send a few small planes to drop supplies, ammunition, and weapons to the embattled Moshav. And Wingate’s widow, Lorna, heard the situation her late husband’s men faced at Ramot Naftali. She also heard that except for a planned air drop the men were left on their own – no reinforcements were being sent. So she decided to help the air drop. That morning she stepped into a plane that was dropping supplies.

And as they circled the settlement, she leaned out of the window and looked down at the men fighting for their lives and the lives of their families and then gently dropped a special parcel below.

The men of Ramot Naftali looked to the sky and they saw a small parcel billowing down to earth – they opened it up and immediately recognized what it was: it was her late husband’s Bible. She had also written them personal letter of encouragement, faith, and hope tucked inside the Bible. They took this courage from the sky and surrendered not an inch of ground from that moment on.

Not only did they hold their ground, but also to the Bible: Wingate’s Bible to this day is at the museum of Kibbutz Ein Harod.

I sometimes think we find moments in our life like that – where things drop from above showing us the message we need to hear.

Since we began this evening about journeys who can forget the question asked at the end of Schindler’s List? Schindler’s Jews are sitting outside the factory on a hill when a Russian solider on horseback approaches them.

Have you been to Poland? they ask.

He says, I just came from Poland.

Are there any Jews left?

So they ask him – where should we go?

Don’t go east, that’s for sure. They hate you there.

I wouldn’t go west either, if I was you.

The next scene is the only one in the movie shot in full colour – 3 generations of Schindler Jews on a hill in Jerusalem.

We say L’Shanah Hb’ah B’Yerushalayim – Next Year in Jerusalem. Because in our hearts we must never not know the answer ‘where should we go’? With Israel we can go East, and we can go West. With Israel there is no fear only hope.

Investing in an Israel bond is not a donation. It is an investment that pays a financial return. By choosing "to put our money where are hearts are", you will truly be buying an investment with heart, an investment in something we can all believe in.

For specifics about terms and conditions, use the contact form on this site and speak to an Israel Bonds representative.